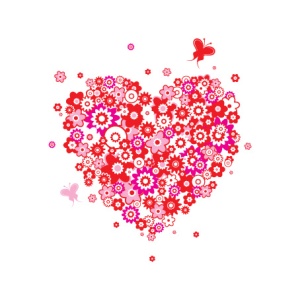 Valentine’s Day is known as a day for lovers. It’s epitomized by romance, flowers and candlelit dinners. Every time you flip on the television, you’re bombarded by 30 second commercials of couples walking hand in hand, gifts being exchanged and heartfelt proposals. It’s a day that could cause any divorced girl to have a nervous breakdown. There isn’t any other holiday that reminds you so dramatically that you are no longer part of a couple, you are no longer married, you are, in fact, divorced. Not only does Valentine’s Day bring up your emotions about your divorce, it also brings up your fears and anxieties about the thought of finding another relationship. So, what is a divorced girl to do?

It’s time for you to kick Cupid’s butt, that’s what! You don’t need to drown your sorrows or hide out in your bed. You just need to rethink what’s at the heart of this holiday. Toss aside the idea that this holiday is about cupid, his arrows and lovers. This is a day to celebrate love and the most important and often neglected love is the love that you have for yourself. It’s time to celebrate you and all your wonderfulness.

Every Valentine’s Day since my divorce, I’ve chosen to honor the day by celebrating me! In the past, I’ve sacrificed myself and my happiness in order to stay in relationships. Getting divorced freed me from living an unsatisfied, unhappy life. So, every year on Valentine’s Day, I celebrate my freedom. I’m living my life, my way. I won’t sacrifice that for anyone. Divorce has taught me that and I’m happier now than I ever thought possible, especially on Valentine’s Day.

No matter how brutal your divorce was, it’s time to get back to yourself and Valentine’s Day is the perfect day to reconnect with your soul. And I’m here to tell you exactly how to fall in love with yourself.

Valentine’s Day is a day for LOVE. And, it’s high time you started to love yourself! Don’t hide out, fearing spending Valentine’s Day alone. Rejoice in the ability you have to create a brand new life for yourself. Relish this second chance you have. When you love yourself, you allow love to come into your life in a million different ways.

Stripped Naked – Redefining Yourself After a Divorce 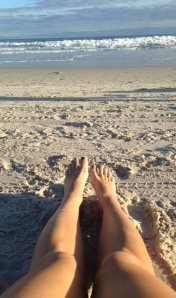 I had always dreamed of the white picket fence lifestyle. I thought I’d meet the right man in college or shortly thereafter and then we’d get married, buy a house, get a dog and then add a couple kids to the house. And my dream started off just fine. I met a great man when I was 24, we had a whirlwind romance and he asked me to marry him. I loved him and despite it being fast-paced, I thought as long as we had love, we could conquer anything together. Several of my friends who had been in relationships for varying lengths were also on the cusp of getting engaged and getting married. We were deliriously excited planning our happily ever afters.

What I never considered was the idea of divorce. That thought never factored into my dream. So, on our 2nd anniversary, when my husband came home to tell me our marriage was over, I felt like my life was over. And in fact it was. The life that I had planned, the life that I had dreamed, it was over, completely over. My identity was stripped naked and I was left wondering who I was and what kind of life I was going to have.

As often is the case, when you’re stripped naked, you’re left feeling completely vulnerable and overwhelmed. I fought the idea for a year and tried more strategies to save my marriage than I can count. But at the end of a year, I was exhausted and no closer to having my husband back. When I fully accepted that I was clinging to a dream that had long died away, I made a choice. I chose to embrace this new opportunity and all the scary, wonderfully delicious things it had to offer.

Moving into my own apartment with barely more than our two dogs; I left behind my husband, most of our stuff and walked deliberately and passionately toward a brand new beginning. I hadn’t focused on myself in years so I relished this time in my life where I could totally do whatever it was that I wanted to do, if I could only figure out what that was.

Luckily, I had made some online friends who had also been stripped naked and were going through their own divorces and self discovery so we were able to support and encourage each other. We actually decided to write a book together, Young, Divorced and Fabulous, about our experiences and how we created our new lives, so we could offer a light at the end of the tunnel for women going through a divorce. Even though it was a heartbreaking time of my life, it was also a great time of exploration. Sure it was scary, terrifying in fact, but it was also thrilling to answer to no one and to do whatever the hell I wanted. I found that I love to write, hike with my dogs, make fruit smoothies and spend more time with my mom. I found that I didn’t like the level of isolation I felt while married and I began to rebuild friendships and start new ones. One of my friends who was also divorcing, didn’t even know what kind of food she liked as she had only bought her husband’s favorite foods for years. She had a blast at the grocery store buying all kinds of new things. It was evident that the more our marriages had crumbled, the more we lost track of who we were. The road to self discovery wasn’t just in the couple months after our marriages ended, it still goes on today. Learning to take time for ourselves and to give ourselves the ability to grow was one of the most valuable lessons that came out of our divorces.

I would have to say that getting stripped naked has been one of the hardest but also the best things to ever happen to me. It let everything that wasn’t working in my life fall away and gave me a chance to create a life that actually fit me instead of one that I was trying to fit into. And, it showed me a side of myself I would have never known, and I really like the new me. So, if you feel like your life is upside down and you’re stripped naked, embrace it, run with it, throw your arms around it. Try new things, take a class, read a different type of book, make a new friend – all of these things will help you get back to the core of who you are. One day, you’ll look back at this time of self discovery as one of the best times of your life.

Dating While Healing from Divorce 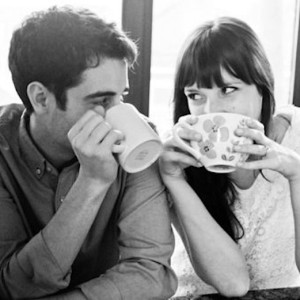 “Should you wait until you’ve healed from your divorce before you start dating?”  Several years ago, as I was going through my divorce, I would have irrevocably said yes!  You should let yourself fully heal before trying to move forward.  And that’s exactly what I tried to do.  I cocooned myself in my one bedroom apartment.  I focused on my job and spent a lot of time with my dogs hiking and pursued my passion for writing.  It was very solitary and I felt proud of my dedication to fully focus inward.  I didn’t date.  And I was smug about it.  Several of my newly divorced friends were pursuing relationships while they were rediscovering themselves.  I didn’t want the distraction.  I wanted to be fully focused on myself so that when I was ready to date, I was fully healed.

When I felt ready and whole, I ventured back into the dating world.  And my smugness went right out the window as well as my view that you should be fully healed from your divorce before you start dating…because now I realize that’s impossible.

When I finally started dating, I was a complete mess.  I didn’t know how to date or what to do or what to think.  I felt pretty neurotic most of the time.  Thinking that I was already healed, only made me more of a mess.  During the year I spent with D, I thought I was fine and I was healed because I had spent months on my own.  I didn’t realize till later that there are some aspects of healing that can’t be done alone.  They can only be done while you’re dating another person.  And it’s in that relationship or relationships that true healing takes place.  And so, I’d like to thank D now for all the healing he helped me do even while I was denying that it was happening.  Your patience is immeasurable.  I know we were too different to ever have a successful relationship, but I will always value what I learned while we were together.

So, how do you date while healing from divorce?

1. Don’t allow your fears to keep you from dating.

2. Do take your time in forging a new relationship.

3. Do take time for yourself in order to reconnect to the core of who you are.

4. Do focus on what buttons you feel are being pushed – this is exactly the area you need to work through to heal.

5. Do have fun and lighten up.  Whether you marry him or just date him, I promise it will teach you some things you didn’t know about yourself.

Does dating and healing really work together?

Our very own Michelle J. started dating someone soon after her separation.  He’s the first and only guy she dated because she married him!  She took time for herself and didn’t jump in too quickly into a relationship with him.  But, she also recognized a great guy and wasn’t going to let him go.  He was patient and kind and supportive while she worked through some of her issues from her marriage.  When insecurities would get triggered, he’d gently remind her and reassure her that he wasn’t like her exhusband.  As she was healing, they were building a strong, solid relationship.  Today, they’re happily married with two children.

I didn’t find success with trying to heal on my own.  I found that it came in waves as I started dating.  Michelle J. found healing and great relationships when they took a more moderate approach.  And, let me caution you, I know a couple people who have boomeranged into getting remarried without even taking a breath and I can report that they’re now on their second divorces so I don’t advocate taking that extreme of an approach either.  As is true in most of life, moderation is the key.  My advice is that taking time for yourself is great and needed in order to heal but you won’t be able to heal completely until you’re willing to open yourself up to dating.

We are in the process of writing and editing our book – Young, Divorced and Fabulous!  We couldn’t be more excited.  Check back for updates and to see what’s going on.  Anticipated Launch Date is the First Week of January 2014.